Your cart is currently empty.

Baffled by electric car cables and how to charge an electric vehicle (EV)? Keep reading for everything you need to know. The Type 1 plug isn’t very common these days. It enjoyed its 15 minutes of fame when early electric cars such as the Mk1 Mitsubishi Outlander PHEV arrived on the market in 2014. It is commonly used for slow or fast charging but isn’t suitable for rapid charging.

The Type 2 connector is suitable for slow, fast and rapid charging. As mentioned earlier, the Type 2 is now the European standard, so it is the most prevalent option on the market – everything from the Renault Zoe to the Tesla Model S features one.

If you have ever stayed in a caravan, chances are you will be familiar with the Commando plug. Similar to the Type 1 plug, it is suited to slow and fast charging applications but can’t keep up with the high-flyers in the rapid charging club.

While its name may look like the effect of sneezing while typing, the CHAdeMO is actually quite a handy plug. It is most suited to rapid charging applications and is more commonly used by Asian car manufacturers - such as Nissan - although its design means that cars require an additional plug to have this on top of the legally required Type 2 plug. 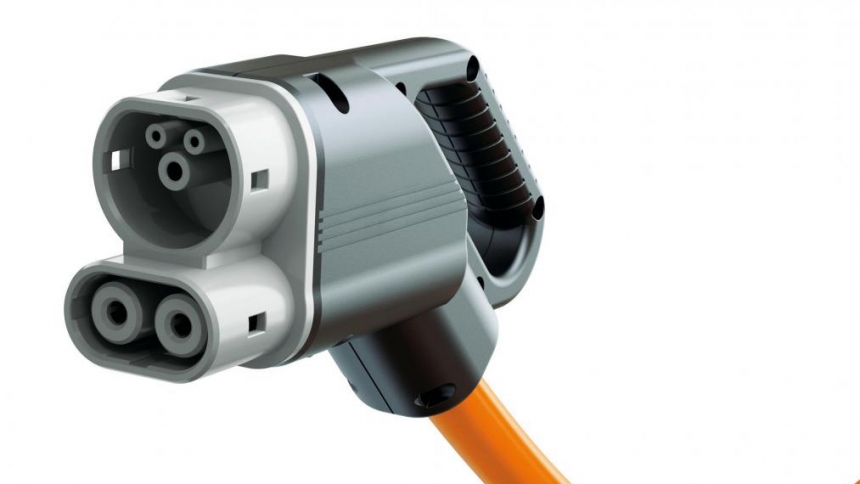 The CCS plug is similar in capabilities to the CHAdeMO above, in that it is best suited to rapid charging. However, unlike the CHAdeMO it builds on the Type 2 design, albeit with added connections on the bottom of the plug. CCS connectors are most common on German car models, being used by BMW, Mercedes and Volkswagen, but they are also spreading to other manufacturers that sell cars in Europe.

These plugs need no introduction; they have been powering TVs, Jacuzzi and other less important equipment in the UK for decades. They are commonly found on the slowest car chargers and aren’t well suited to car charging for long periods, due to concerns around fire safety.